Position statement read 5 April 2008 at a closed 'White Meeting' of the Grand Orient of France by Julian Rees, former editor of a Masonic magazine published by the Grand Lodge of England. Mr. Rees attended the Assembly with the consent of his obedience.

Mr. Rees granted permission to reproduce this statement on the sole condition that he be named as the author.

Most Puissant Sovereign Grand Commander, My Sisters and Brothers:

I want to thank you, Dear Brother Alain, for affording me the opportunity of addressing this Assembly, and to hope that a further cementing of the bonds of esteem and affection may be the result.

Freemasonry means many things to many Freemasons, but central to the Masonic quest, it seems to me, is the idea of duality in the universe encapsulated in Hermetic philosophy. The most basic expression of this is the form of our Temples: a double cube, one symbolic of the human state, the other symbolic of the power beyond the material world – eternity is a name we may choose to express it. Hence, as we all know, Hermes Trismegistus, in the inscription on the Emerald Tablet, refers to That which is above is the same as that which is below, to achieve the wonders of the One, or the Macrocosmos and Microcosmos united. 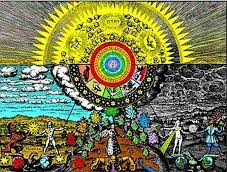 At my Masonic initiation I was blindfolded in order to divert my attention away from my well-known material microcosm, and to concentrate my mind on the non-material, spiritual side of myself, the macrocosm, to understand, for a brief moment at last, the power of unity. And, later on in my Masonic journeying, I came to understand a development of that power of unity, and that such a power comes to encompass all of my brethren, a group which now includes me as a link in that chain. Thus unity becomes a sine qua non of my Masonic existence.

In the 18th Century in England, when religion and politics were closely interwoven, Catholicism came to be characterised as the Jacobite, Stuart, and therefore anti-establishment rebellious elements, ranged against the Hanoverian, Protestant, anti-Stuart established monarchy and government. So it was that discussion of religion and politics in Masonic lodges came to be forbidden, not least to remove the suspicion that lodges might be considered by outsiders as seditious elements in society. Such a stance ensured a cast-iron unity between Freemasons, since Freemasonry thereby became, uniquely, a place where men of good will, despite possible opposing views, might agree, in a solid, shining example of unity.

How perverse it is, therefore, that three centuries later, so much disunity persists in the global Masonic community! Various obediences, practising various forms of the ancient Art, co-exist, some in harmony, some in disharmony. To my mind, the most extreme example of this disunity is illustrated by the existence of two masculine-gender Masonic systems in the United States of America – a so-called ''mainstream'' Grand Lodge, populated mostly by white Freemasons, existing alongside a Prince Hall Grand Lodge, populated almost exclusively by African American Freemasons. I say "extreme example" although happily, in the last 20 years, the two systems have come to recognise each other in most, but not all, states. It is a living scandal that in some of the southern states, the so-called "mainstream" Grand Lodge will not recognise their Prince Hall counterparts. I find this situation deeply offensive, and against all Masonic principles, since it negates the very raison-d’être of Freemasonry, namely unity through brotherhood.

But nearer to home also, on the continent of Europe – to which, I sometimes have to remind my friends, Great Britain does in fact belong, more than simply geographically – divisions bedevil our spiritual quest, divisions which, frankly, are unworthy of us as Freemasons. Chief among these divisions is the seemingly eternal GADLU/non-GADLU (Grand Architecte de l’Univers in French) debate. It is not so much that I deplore these differences in themselves. After all, they represent important cultural traditions that each obedience holds dear, and which should be respected. What I do deplore is that these differences prevent us from celebrating our ancient Craft together. And more than this, I may be forgiven for saying that our leaders sometimes seem to lack the will to find a solution to these differences. For some obediences, a dialogue with those who do not share its principles does not seem to be high on the agenda. 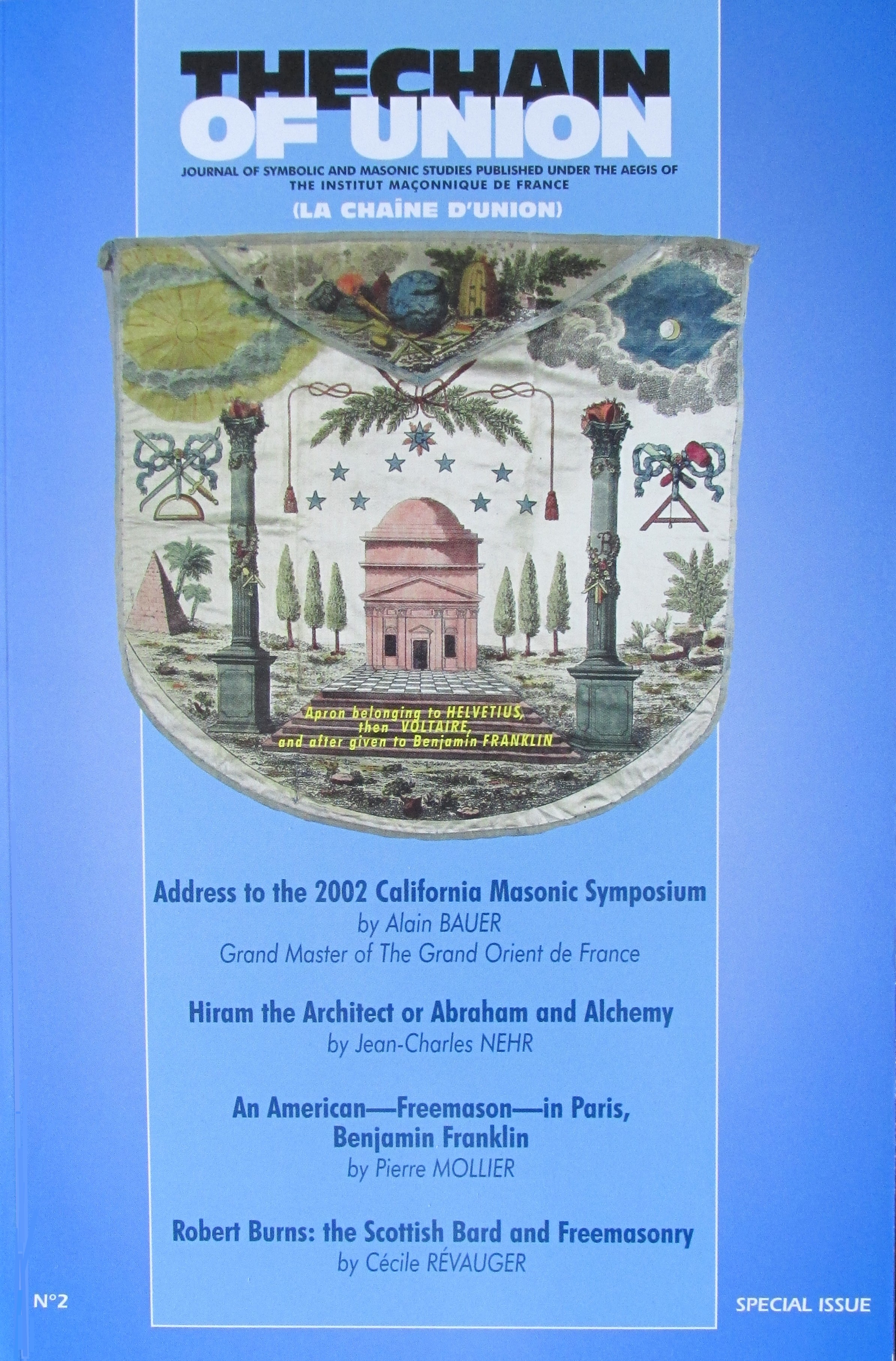 As regards the GADLU/non-GADLU debate, I am reminded that, a few years ago, the Order of International Co-Masonry Le Droit Humain held a colloquium near London, the main theme of debate being as follows: Our order works to the Great Architect of the Universe and/or to the perfection of humanity. Are these two different aspects or two different ways to achieve the same goal?

"Do we work to the glory of the Great Architect of the Universe on the one hand, or to the perfection of humanity on the other hand?" Most of my Masonic brethren to whom I put this question replied, "It’s the same thing!" To me, this debate sums up what is essential. I would like to share with you a crucial aspect of this. In the Emulation ritual of the first degree, the Master says a prayer over the candidate, invoking the Great Architect’s blessing on his initiation. Part of this prayer exhorts the Great Architect:

Endue [the aspirant] with a competency of Thy divine wisdom,

that, assisted by the secrets of our Masonic Art,

he may better be enabled to unfold the beauties of true godliness.

Now it is perfectly clear to anyone, Freemason or not, that the aspirant has only one place from which to unfold, or to unveil or to display, true godliness, and that is from within himself. What we mean here is the validation of his own divinity, his own eternal spark, the light within, the spirit of man – what other names do I have to give it in order to make it clear? This is not godliness understood in any ecclesiastical sense. It is the spirit of man, that non-material part of him that only Freemasonry can empower, can bring into play in his everyday life.

You, my dear audience, will be wondering why I have not yet mentioned the theme of the session, Women, Men, Convergences. But the answer is simple: Convergence is at the heart of what we do, or what we ought to do. And just as I have been scandalised at the failure of some white Freemasons in America to recognise their black brethren, so we ought to wonder at the widespread exclusion of women from our ancient Craft.

Such an exclusion, justified no doubt by the social conventions that ruled in the early 18th Century, conventions that held women were not fully fledged citizens but subject to the rule and will of men, have long ceased to be either valid or relevant. In a world in which a woman may aspire to the presidency of the French Republic or prime-ministerial office in Britain, it is simply perverse to judge that a question of gender determines who should, and who should not, attend my lodge.

In my own country, the United Grand Lodge of England, which accounts for a very large majority of Freemasons, is an exclusively masculine obedience. At the turn of the 20th Century, almost exactly 100 years ago, Co-Masonry came from France to England. It is a very sad fact that the two feminine Grand Lodges in my country came out of a schism with that original Co-Masonic body. Those two Grand Lodges are exclusively feminine, admitting no men to their meetings, but we would have to ask ourselves, were they not in fact copying that very exclusion that had been visited on them earlier by their masculine counterparts, and which led to the creation of Le Droit Humain?

A liberated slave does tend to copy the repressive tactics of the erstwhile slave master. In my country therefore, the Order of International Co-Masonry Le Droit Humain offers the only route by which true inter-gender convergence is being achieved.

Here also, in the matter of gender-Freemasonry, I have to say that our leaders have shown a sad lack of imagination in their handling of the question. When asked recently why the United Grand Lodge of England did not recognise women Freemasons, a senior officer gave it as his opinion that women could not be Freemasons, because, he said, the square, the basic element of Freemasonry, is a masculine symbol: the corresponding feminine symbol is, he said, the circle! One can only pause in wonderment at such absurdity.

I am aware that in what I have said I may appear to have been over-critical of my own Grand Lodge. But there is much to be admired about English Freemasonry. If you scratch the surface of an English lodge, you will find much to learn, much of the core values of our ancient Craft.

But though in ancient times Masons were charged in every country to be of the Religion of that country or nation, whatever it was, yet it is now thought more expedient only to oblige them to that Religion in which all men agree, leaving their particular opinions to themselves; that is, to be good men and true, or men of honour and honesty, by whatever denominations or persuasions they may be distinguished; whereby Masonry becomes the centre of union, and the means of conciliating true friendship among persons that must [otherwise] have remained at a perpetual distance. 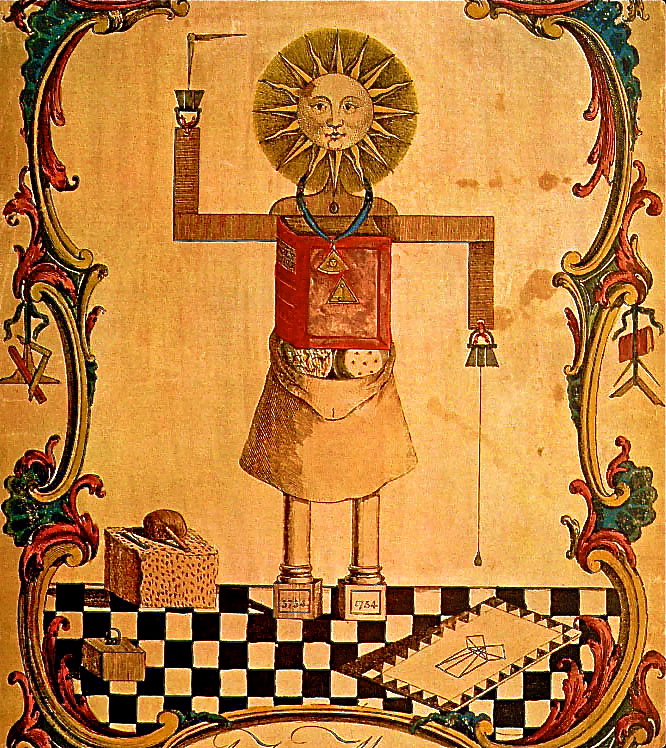 http://modern-freemasonry.com was created to promote the free exchange of ideas on Freemasonry.

This free-flow of ideas was prevented by 50,000 contributions that had nothing to do with Freemasonry, wanting only to use this site for advertising.

I've cleared all this pollution to enable relevant conversation to resume.

Thanks in advance for your thoughts in the FORUM on topics that interest the Freemasons.